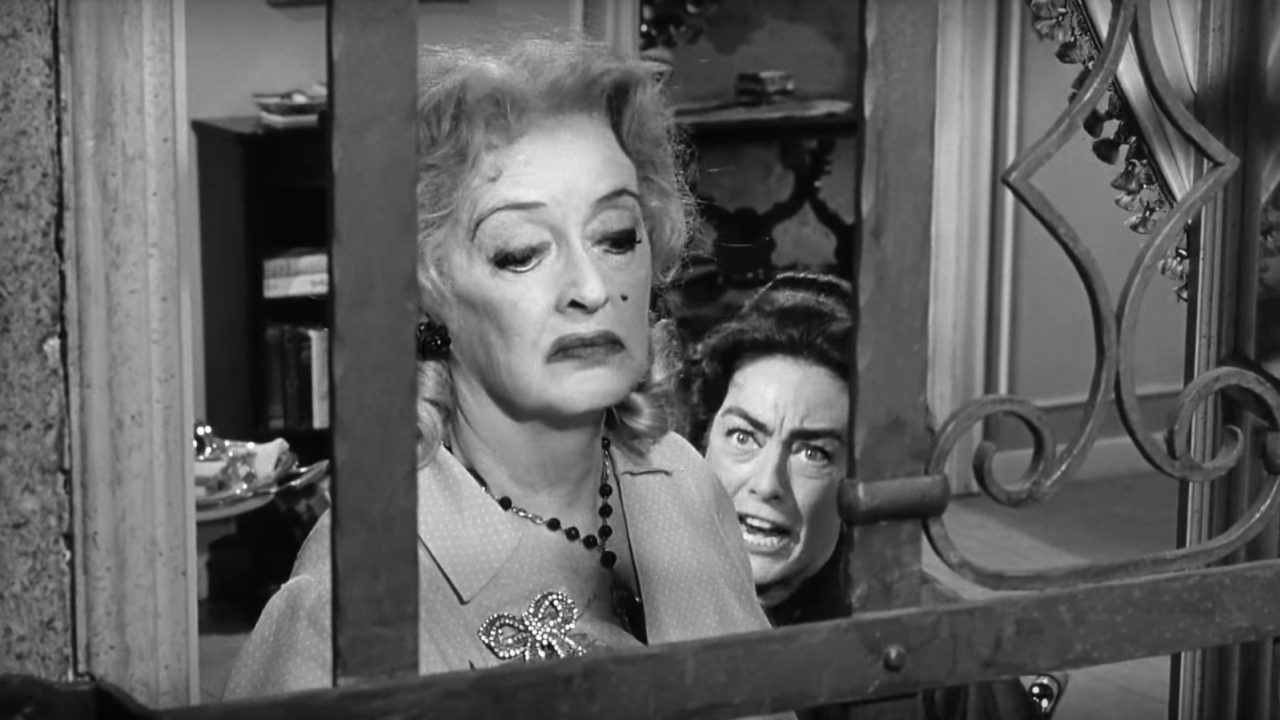 The Bill Cosford Cinema is excited to announce the premiere of a new film series: Flaming Classics. The series, run by Juan Barquin and Trae DeLellis, pairs feature films with live work by local performance artists in hopes of entertaining and educating audiences on classic films that are feminine, queer, camp, and everything in between. From May 28th through August 6th, Flaming Classics will be debuting its inaugural line-up, known as “Summer Camp,” featuring works from the 1950s to the 2000s.

Flaming Classics launches with the 55th anniversary screening of the Robert Aldrich classic, What Ever Happened to Baby Jane? (1962), starring Bette Davis and Joan Crawford. The feature, about a former child star who torments her paraplegic sister in their decaying Hollywood mansion, serves as a perfect opening for the series and will be presented on 35mm with live performances by Jupiter Velvet and Evan Alexander.

“Trae and I have always had a feud about who is the greatest actress and have been fascinated with the way the film explores the desecration of Hollywood glamour at that time,” said Juan Barquin, co-director of Flaming Classics.

“We are such huge fans of the surge in repertory cinema in the city, but were surprised that we haven’t been able to see a film like this on the big screen. The film canon of history can be a little ‘masc for masc’ sometimes and we wanted to create a series that celebrated the queer and the feminine; to spotlight films that explore and dismantle gender, sexuality and identity, with humor, shock, etc.”

Following this, the series launches into a number of entertaining features: celebrate the birth of Vice President Mike Pence with the classic “conversion camp comedy” But I’m A Cheerleader; watch Marilyn Monroe and Jane Russell find love and friendship in Gentlemen Prefer Blondes; find your expectations of 50s housewives subverted with John Waters’ Serial Mom; take in the titillating thrills of Russ Meyers’ ultimate cult classic, Faster Pussycat Kill Kill; and close out the summer with a cooler, a towel, and a murder weapon at Psycho Beach Party. The series will feature performances from Queef Latina, Miss Toto, Jupiter Velvet, and Evan Alexander.

“We are elated to share this series with South Florida,” said program co-director Trae DeLellis.  “The idea really emerged organically from what some amazing, creative people were doing throughout the city. After seeing some spectacular drag performers at The Corner’s Counter Corner and Gramps’ Double Stubble, we’d have these lengthy, probably overly passionate discussions about each performance, unpacking the layers of camp, exploring the iconography and searching for the myriad of influences. The discussions were always entangled with our favorite films and movie stars.”

“And we just felt like we needed to combine the collective experience of the cinema with the provocative performances of South Florida’s drag community,” Barquin explains. “Throughout the development, each person we have approached has mirrored our excitement and contributed so many fresh ideas.”“Not only are we really excited to see our favorite films on the big screen, we are pumped to see the way that these performers honor, desecrate and reinterpret the works into a one-of-kind must see experience,” DeLellis adds.

Described upon release as “a lurid melodrama of hate, revenge and murder, a high-class horror film, in the Hitchcock vein, with virtuoso performances from Bette Davis and Joan Crawford, and moments both searing and poignant,” by The Hollywood Reporter, What Ever Happened to Baby Jane? is a must-watch for fans of Davis and Crawford, as well as those unfamiliar with their work. This 35mm presentation screens on Sunday, May 28th, at 8PM.

Watch Marilyn Monroe and Jane Russell cruise for men and diamonds aboard a ship to Paris, where they’re surrounded by doting admirers, private detectives, and a bevy of beautiful bodybuilders. The iconic film inspired a multitude of artists, ranging from Madonna (“Material Girl”) to Baz Luhrmann (Moulin Rouge) with its gorgeous musical numbers. This 35mm presentation screens on Sunday, June 25th, at 8PM.

Provoc-auteur John Waters perverted the clean wholesome image of the American mom in his subversive suburban comedy Serial Mom.  Bolstered by a superb performance by Kathleen Turner, Serial Mom is one of Waters’ best satires. This 35mm presentation screens on Sunday, July 9th, at 8PM.

Perhaps the epitome of cult classic, Russ Meyer’s Faster Pussycat! Kill! Kill! is filled to the brim with fast cars, dangerous curves, and killer women.  The leader of the sexploitation genre, Russ Meyer’s oeuvre is now examined for its critique of patriarchy and undeniable feminist slant. This 35mm presentation screens on Sunday, July 23, at 8PM.