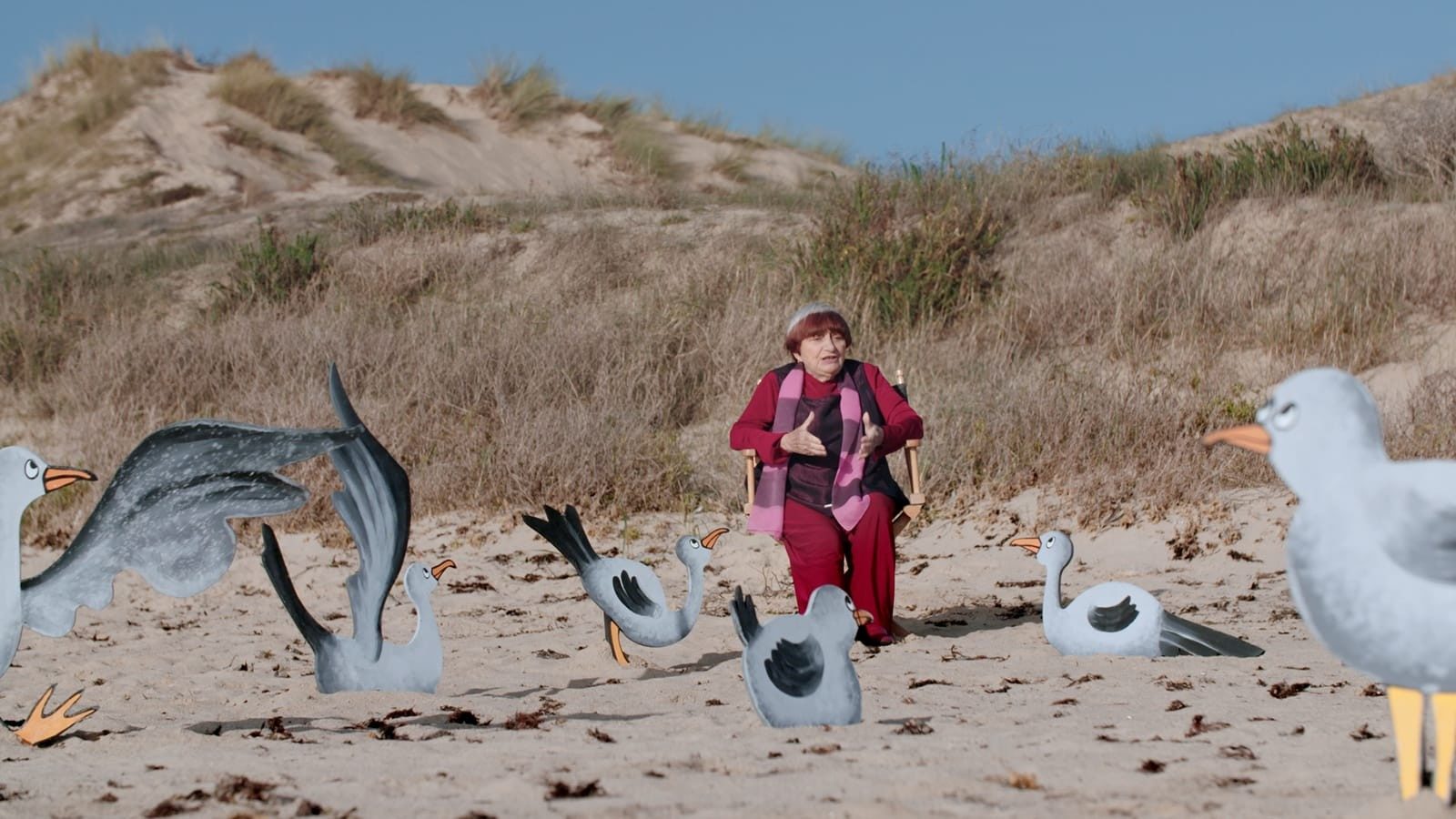 The Curious Cinema of Agnès Varda

How does one write about Agnès Varda? How does one describe an artist whose work feels so inseparable from the medium of cinema, and who regularly reflected on her own work with fluency and insight that could hardly be matched by the most astute critic? The challenge of writing about Varda’s work is native to its form and themes, with one fundamental aspect of her cinematic output being its insistence on living in ambiguity. Her films contain multitudes: her point of view is insider and outsider, the genre is fiction and documentary, the form is comedy and drama, and the essential moods are joy and rage.

While Varda’s late cinematic output—including her final feature, Varda by Agnes (2019)—was almost exclusively documentary, her career began in fiction, though frequently an elastic sort of fiction that could encompass documentary elements. In Varda’s first feature La Pointe Courte (1955), a precursor to the French New Wave made when she was only 25 years old, a Parisian couple visit the port city of Sète, where they discuss, in coolly detached style, the future of their relationship and the nature of love. The precise formality of their scenes and stylized composition, including profile closeups predating Ingmar Bergman, contrasts with the neorealist, documentary-inflected scenes of village life featuring the area’s actual residents. Similarly, in Varda’s most famous film, the existentially probing, almost-real-time Cleo from 5 to 7, within the clear narrative structure of a woman waiting to hear potentially-devastating medical results, Varda captures the minutiae of contemporary Paris. While she transitioned to strict narrative feature in Le Bonheur (1965), the film’s sense of poetry, intimate humanism, and vividly colorful visual language, wedded with similar existential concerns as La Pointe Courte, gestured to the visually sumptuous, emotionally complex work that would persist throughout her career.

Thanks to her impish sense of humor and her iconic appearance in later years (short, plump, an exact bowl cut, silver at the crown, dyed reddish-purple at the ends), Varda the public figure—and, by extension, her films—was subject to a certain sort of cheeky meme-ification. This wasn’t not encouraged by Varda herself, whose later work often turned inward to her own work and life and featured indelible comic images, such as Varda outfitted in an enormous potato costume. But the emphasis on Varda’s playfulness and self-reflection runs the risk of erasing one of the most important aspects of her work: anger, specifically anger at unjust systems and on behalf of marginalized people. When Varda’s husband and fellow New Wave luminary Jacques Demy was drawn to Los Angeles with Hollywood offers, Varda brought an outsider’s curiosity and enormous empathy to local portraits. In Black Panthers (1967), she acknowledges her authorial position as someone outside the community through a framing voiceover, while making space for her subjects (including Civil Rights leaders Huey Newton and Kathleen Cleaver) to explain their experiences and positions in their own words. Meanwhile, in the pun-ily titled Murs Murs (1980), she alternates her own voiceover with the commentary of the painters and models associated with murals found throughout Los Angeles, all while weaving in a focus on Chicano artists and state violence in the city. While much of Varda’s work pairs her existential concerns and political anger with a relatively buoyant tone and vibrant imagery, Vagabond (1985) acknowledges the devastating extremes of her aesthetics and themes. With carefully choreographed camera work, an ambiguous blending of fiction and documentary, and an unsparing understanding of the conditions available to those living outside of normative lifestyles, Vagabond blends clinical objectivity with Varda’s keen understanding of life on the margins.

While Cleo from 5 to 7 remains Varda’s best-known work (though the increasing availability of her work on streaming and home video, as well as major retrospectives, have bolstered awareness of her broader filmography), perhaps the most emblematic work of her career is the 1977 musical-cum-drama-cum-fantasy-cum-travel documentary-cum-protest-cum-Bildungsroman One Sings, the Other Doesn’t. The film spans fourteen years and three countries as it traces the profound, often long-distance friendship between creative firebrand Pomme and thoughtful, uncertain Suzanne, and their ever-developing political consciousness. While only two hours in length, the film covers extensive ground—geographically, chronologically, stylistically, thematically—engaging with many of the most prominent recurring ideas of Varda’s long career. Most notably, it is a film that tenderly and joyfully celebrates motherhood, while arguing fiercely for the necessity of a woman’s right to choose.

In fact, many of the story’s major plot developments hinge on abortion: the women’s friendship first blossoms when Pomme helps Suzanne, already a mother of two, afford a safe (if illegal) abortion in Switzerland; after a separation following the suicide of Suzanne’s husband, they are reunited a decade later at a pro-choice rally; Suzanne achieves independence from her abusive parents by opening a family planning clinic; and Pomme meets the man she will marry, who persuades her to move to Iran, while in Amsterdam to get an abortion. While many of Varda’s other films, including Lions, Love (…and Lies) and Jane B. par Agnès V., One Sings, explore the intersections of the artist’s life and motherhood, One Sings…, perhaps more than any other work in her filmography, understands the beauty of motherhood and the right to freedom of choice as inextricable and complementary.

To attempt to fully understand the breadth and depth of Agnès Varda’s artistry in a few hundred words (or even a handful of films) is a fool’s errand, but this collection of films programmed by the Cosford Cinema is an inspiring starting point. Spanning early to mid career, with a range of her formal styles on display, this series provides an intriguing, compelling entree into a career more compelling, vast, profound, human, expansive, intimate, and mythic than any one essay or series can convey.

Shelley Farmer is the publicity manager for the film program at the Brooklyn Academy of Music. She is a writer/performer, and has written for Slate, Roger Ebert, Paper Magazine, and Reverse Shot.